Home Fiqh Business Can I Work at Bank Which Works With Riba?

Can I work at bank which works with riba?

In the name of Allah most Gracious Most Merciful

Interest and usury has been strictly prohibited in Islamic law. Many verses and hadiths of the Prophet (Allah bless him and give him peace) have made this issue clear.

Some Qur’anic verses are presented here under:

“Those who take interest will not stand but as stands the one whom the Satan has driven crazy by his touch. That is because they have said: “Trading is but like riba”. And Allah has permitted trading and prohibited riba. So, whoever receives an advice from his Lord and stops, he is allowed what has passed, and his matter is up to Allah. And the ones who revert back, those are the people of Fire. There they remain for ever.

Allah destroys riba and nourishes charities. And Allah does not like any sinful disbeliever. Surely those who believe and do good deeds, establish Salah and pay Zakah, have their reward with their Lord, and there is no fear for them, nor shall they grieve. O those who believe, fear Allah and give up what still remains of the riba if you are believers. But if you do not, then listen to the declaration of war from Allah and His Messenger. And if you repent, yours is your principal. Neither you wrong, nor be wronged. And if there be one in misery, then deferment till ease. And that you leave it as alms is far better for you, if you really know. And be fearful of a day when you shall be returned to Allah, then everybody shall be paid, in full, what he has earned. And they shall not be wronged.”
(Qur’an, al-Baqarah 2:275-281)

Abdullah ibn Mas`ud (Allah be pleased with him) narrates that the Prophet (Allah bless him and give him peace) has cursed the one who accepted usury, the one -who paid it, the witness to it, and the one who recorded it.
(Sunan Abu Dawud: Book 22, Number 3327).

In light of the above and many other hadiths, scholars have ruled that it would be unlawful for a Muslim to accept employment in a bank or any such institution whose dealings are primarily centered around interest-based transactions.

The money received from such institutions as salary will be sourced from interest and thus unlawful. The ruling would be the same whether in a Muslim country or non-Muslim country like the USA or UK.

Therefore, if the person is not working at the bank already, he must avoid the offer and look elsewhere. It would be unlawful to take up this employment.

What If I Am Already Working For Such An Institution

However, if a person is already employed at such an institution, he must actively seek another job or permissible source of income. Until then many scholars have permitted that he avail of his income for the needs of himself and his family; all the while seeking forgiveness from Allah for his actions and praying to Him to extract him from such a situation.

And Allah answers those who call upon Him. 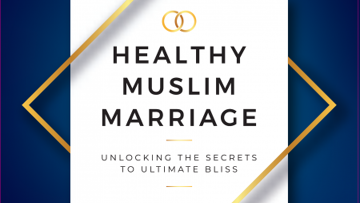