Home Articles Advice on Visiting the Scholars of Mauritania 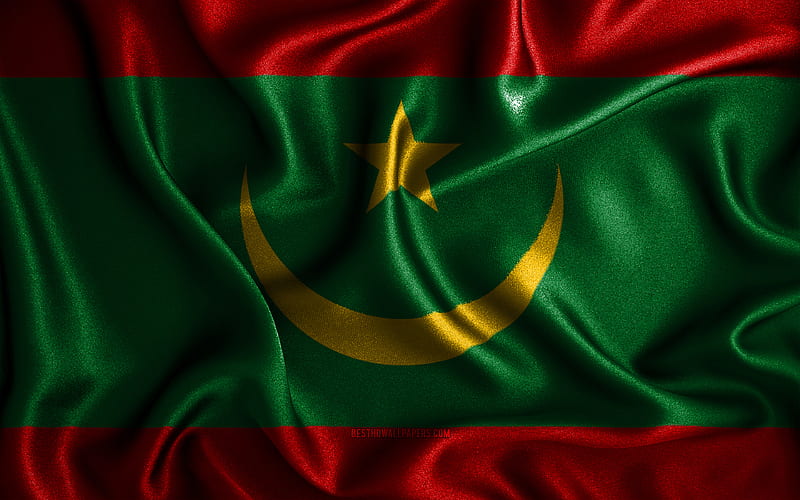 I have been asked to offer some details for those wishing to travel to visit Shaykh Murabit al-Haaj.

Immunisation: you should get the standard jabs, like typhoid, hepatitis etc. Also, the doctors recommend Yellow fever and Maleria tablets to start a week before. We didn’t take either of them, not the Yellow fever jabs nor the Maleria tablets. We were late for them so rode on Tawakkul, alhumdulillah.

Each maleria tablet is £1.50 (generic tablets), wow! It’s one a day beggining a week before and after and one each day you are there.

Your GP is first point on this trip.

Tickets: we found cheap return tickets on flight scanner for £490 straight to the capital Nouakchott.

Visas: can be sort at the airport in Nouakchott for €120 per person.

Note: they will only accepts Euros or Ouguiya, not pounds, I repeat, not pounds.

You will not find Heathrow nor Paris exchanging your money, you will have to wait till Nouakchott. So, take sufficient Euros for your visas.

When you leave the airport, depending on where you are going, you should not pay more than 1000 ouguiya for a taxi.

We got ripped of the first time (payed 4000!) But after some research we found that you can do it in 500 ouguiya.

Hotel: we stayed at the Ikrama hotel (funduk) which is located in ‘city concord’ area, near the Masjid Dar al-Kutub and also an old cinema. It is about 10 mins away from the Airport.

We booked the hotel before we left for only one night. It was around £25.00 per night.

Note: Hotels are expensive here due to the lack of tourism. So, even the budget hotels are steeply priced.

Hotel Ikrama is okay, it has AC and is clean, it even has a mosquito net that can be pulled over your bed. However, there is no door between the bedroom and bathroom, just a curtain.

When we returned from the Shaykh we went back to Ikrama and payed 10’000 ouguiya (about £25.00) per night. We did it night by night leaving us flexible to move hotels.

The Car: you will need a 4×4 to take you to Tawamarut (the village of Shaykh Murabit al-Haaj). Get into a taxi and ask them to take you to ‘Carraffour Bi Amdeh’ (I’m guessing the spelling). This is close to Masra Capital, which is the main souk (market place). Capital is the entire area, it is our equivalent of a ‘downtown’.

You will find many shops with 4×4 cars (Toyota mostly) outside. Ask around, don’t jump for the first one.

I don’t know what the best price is, to be honest. But, we paid 20’000 ouguiya (£50) per day, this for the entire car and driver; you can extend it if you wish to stay out longer on the same price.

If you want to call the driver we used directly, his name is Yuslim and his mobile number is: 44181880.

This may be a good idea, it may save you time looking for Carraffour Bi Amdeh.

When you leave it will take around 10 hours along one long motorway which leads all the way to Mali. Then the driver will go off road at Geru towards Ayn Khashba (I will come back to Ayn Khashba in a moment). Geru is the last town if you like before you go off road into the desert.

Before going off road, along the main road, if you stop at the large tents, which are essentially Mauritanian service stations, then be prepared for a very expensive stop, expensive relative to Mauritania, of course. We were charged 6000 ouguiya (£14.74) for a platter of meat and bread (which is all they serve) and some tea.

You sit out in the tent with some goats and enjoy a very pricey meal.

I recommend that you do not do this.
A) it is expensive
B) the meat was not quite what we were used to.

If you stay at hotel Ikrama for a night then next door, to the right, they make chocolate sandwiches quite cheap. I would pack them.

We packed a lot of cereal bars from home and other energy offering snacks.

I was with my family so I took as much care as possible – I would suggest you do the same.

When you get to Ayn Khashba which is about 60 km of road from the main road. There you will meet Shaykh Murabit Ahmad al-Fa’l. He is the son-in-law of Murabit al-Haaj. He is considered to be Murabit al-Haaj al-Thani (the second Murabit al-Haaj). He is quite old himself. He is very open to teaching, even for a short period, if you wanted to read something to him (providing your Arabic is good).

From there, it took us at least 5 hours to get to Tawamarut, the village of Shaykh Murabit al-Haaj. Our tire punctured along the way. It was a very difficult journey to say the least. You will have to drive over a few mountains to get there. And I don’t mean mountain roads, no, I mean mountains.

The Shaykh really did leave the dunya wa maa fi-haa.

When we got to Tawamarut, we were greeted by Shaykh Salek, the grandson of Murabit al-Haaj. My wife and I were put into Murabit’s house. He doesn’t stay here now, he sleeps day and night in his tent a few feet away.

Meeting the Shaykh was one of the most awe inspiring moments in my life, which I will touch on at the end, InshaAllah.

If you wish, again, you can read something to Shaykh Abdullah, and the other Mashaaikh there for barakah if you are on a short stay as we were.

The bedouins are very hospitable people MashaAllah. While you are in Ayn Khashba or Tawamarut you need no money or anything else except sidq al-niyyah.

We left from Tawamarut back to Ayn Khashba and spent some time reading to Shaykh Ahmad Fa’l.

When we left, we left after Fajr. We reached back at Asr time.

Staying in Nouakchott: there are many bookshops in Masra Capital as mentioned above. You can purchase Murabit al-Haaj’s books from here; like his, Daleel al-Tullab Sharh Nazm Al-Ajurrumiya, Kitab Lubaab al-Nuqul Risalah fi Mutashaabih al-Ayaat wa ahaadith al-Rasool (صلي الله عليه وآله وسلم). Some of his other works like Tanweer al-Hawaalik ‘ala Sharh Alfiyya Ibn Malik and Mufeed al-Qari’ wa Mutaal’i (Ibn Barr) are harder to come by.

Eating: you can find local vendors cheap. But, a more ‘what you may be used to’ place, which I would recommend, especially if you are with family is Le Prince which is right in Capital. Food will cost an average of 1000 ouguiya (£2.50) per person. Good food, mashaAllah.

As for Taxis to and fro Capital, pay no more than 100 to 200 per person – remember it is all cab sharing. Taxis are like buses. They will only pick you up if you are on the route they are already going on. So, when you want a cab, start walking in the direction your going and then shout it down. You will soon figure out which roads lead where InshaAllah.

If you take family and you have some time, you can visit the beach. I would consider it to be a family oriented beach – this is due to the lack of tourism. It is a wonderful sign of Allah. If you take a taxi there be sure to clarify that you do not want to go to the fish market next to the beach but the entrance near the Hotel Tarjin. Again, pay no more than 200 ouguiya.

Finishing thoughts: If you are taking family, know! It is not an easy trip. All the comforts that we are used to are stripped away in one hit. We slept out in the open whilst goats, camels and other such things sniffed our plates and roamed next to us. There may even be sand within your food, and I even kicked a lizard out of the whole in the ground (our toilet) twice, there are no lights at night. So it is not easy for some.

However, sleeping with the animals is humbling, the lizards and other such creatures increases tawakkul, the darkness allows one to appreciate how many stars there really are in the sky. By Allah, I saw starts twinkle for the first time. Praying in the dark, where even your hands become invisible, brings so many ahadith to life.

Some other notes: pack cereal bars, torches, mosquito nets (if you wish, we didn’t but each to their own). Take medicine like diarrhoea tablets just in case. We were warned against diarrhoea, but we recited what the Prophet صلى الله عليه و آله وصحبه وسلم taught us before we ate and drank anything and had no issues, alhumdulillah.

We recited that which if recited even poison could not harm.

Also, take medicine and batteries etc for the students at the mahdaras in Ayn Khashba and Tawamarut.

For those who only speak Fus’ha Arabic, their Hassaniya is interesting. For example. Instead of saying قلت لك they will say ‘githlak’. However, my observation was that, those who are more educated understand fus’ha.

Lastly, prepare yourself for meeting the Scholars. Allah allow us to gaze at the face which reflects the Prophetic light. Allah extend the life of our Shaykhs and give them good health. Allah reward them with an immense reward, ameen bi jah al-Nabi al-Karim.
صلى الله عليه و آله وصحبه وسلم

Hell Revealed: Part 18 – The Hellfire Guardians and the Day of Judgment

The Servants of the Most Merciful

Miracle of Memorising the Qur’an

The Satisfaction of the Knower of Allah [Hikam 169]

Every Teenager and Parent Needs to Hear This 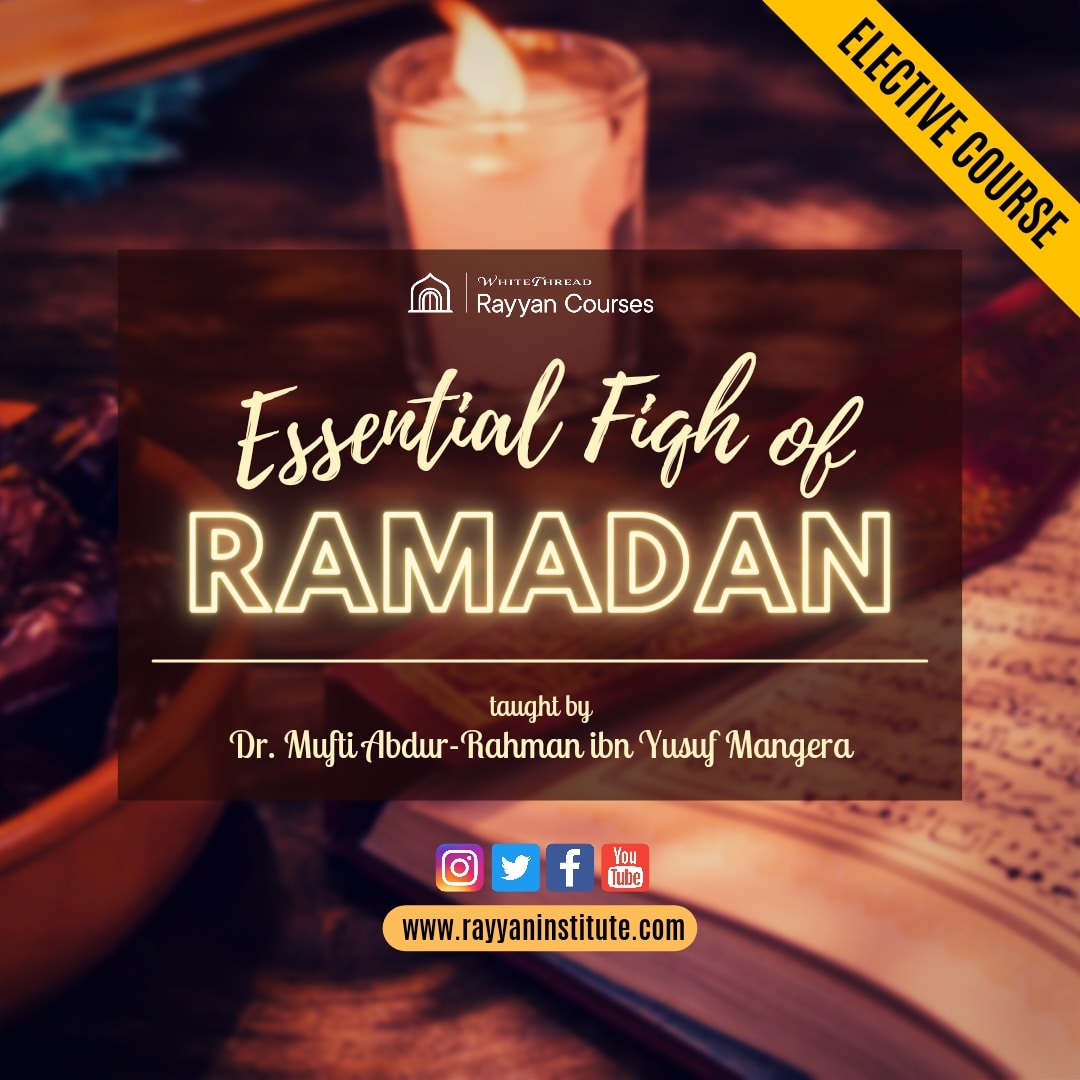