Home Fatawa Where Can I Buy Jinn Rock?

Are there any books in English that you would recommend reading on anything to do with jihad — history, fiqh, etc.? Anyone I may refer to?

In the name of Allah, the Beneficent the Most Merciful

We do not know of any such rock or where it can be purchased. It is possible that certain individuals who have the knowledge of this art may possess such stones or they may be just ordinary stones upon which they have recited something.

These practices are best left to those who possess knowledge of the art, and every person is not to venture in to this field. Likewise, a person who acts strangely is not always possessed. I have heard many scholars state that the majority of such cases are merely from depression and other psychological tensions and have nothing to do with jinns.

For a good work on fiqh we could recommend the “Talim al-Haq” or the “Heavenly Ornaments.” For history we can recommend “The History of Islam” in three volumes by Maulana Akbar Shah Khan Najeebabadi.

The abovementioned works may be purchased through www.al-rashad.com.

Menstruation: Proofs for the Impermissibility of Women Touching the Qur’an or Entering the Masjid While Menstruating 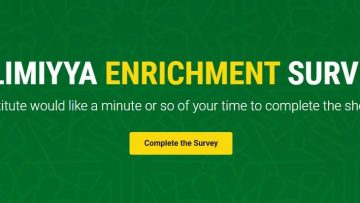