A practicing, Muslim brother has come forward and expressed his interest in getting married to me. Because of his maturity (he is about 9 years older than me) and love for Allah, I am certain that he will be fair & kind. I am also very attracted to him. I have no qualms when it comes to those two issues. The only thing that bothers me is his limited options in advancing a career or job. He did not attend college, thus has no credibility and can be easily replaced in his current job. Because of the insecurity with his “breadwinner” obligations, what would you advise in light of the hadith, where the Prophet (saws) said something to the effect “If someone with good character comes, marry him, otherwise there will be corruption on earth”?

It is very important that we understand the ahadith of Nabi Salallahu Alayhi Wa Sallam in the correct context. Many compilations of ahadith have been translated to English, but the majority of the voluminous commentaries which give the detailed explanation of each hadith have not yet been translated. The hadith you have quoted is in Sunan Tirmidhi and one addition is ‘If someone comes to you and you are happy with his character and level of Din.’ Mulla Ali Qari writes in his commentary of this hadith quoting from ‘Allama Tibi, “The view of the majority is that four things will be considered someone to be compatible (kufw); religion, being a free person, lineage, and profession. Therefore, a Muslim cannot marry a non-Muslim, and a pious woman will not marry a transgressor. A free woman will not marry a slave. A woman who has an established lineage will not marry a person with unknown lineage. The daughter of a businessman or someone who has a good profession does not have to marry someone who has a lowly job or a despised job. If the woman or her guardian are happy to have her married to someone who is not Kufw (compatible in one of these four aspects) then the marriage will be valid.”
(Mirqat 6:271)

I would now like to elaborate on some of these points. This hadith must be understood in conjunction with others which do establish that Kufw (compatibility) is a factor to consider in marriage. There are a number of ahadith regarding Kufw quoted by the scholars of ahadith in their books, for example Nasb A-Rayat, ‘Ila As-Sunan, etc. For the sake of brevity, we will not discuss those narrations here.

Definitely, piety and good character are some of the most important factors in marriage and this is established by many ahadith. Besides these two factors, a woman and/or the guardian of a woman has the right to consider the other three aspects of Kufw (compatibility) mentioned above. Islam has considered these factors for the protection of women and in order to ensure that the ensuing marriage is blissful and successful. A great Hanafi scholar of hadith, Qasim Ibn Qutlubga writes, “The purpose of considering [these four aspects of] Kufw (compatibility) is logically sound, and it is to prevent the woman or her guardian from being ashamed or losing their honor. The author of Al-Muhit al-Burhani writes, ‘The objective of marriage is to generate tranquility, partnership, companionship, and love between the husband and wife. These objectives are generally only found in Kufw (the four factors of compatibility).'”
(Al-Kafaah fi ‘l-Nikah pg. 32)

Islam has given the woman and guardian the right to consider Kufw (compatibility) in making the decision for marriage for their own protection. It is completely permissible for to say no to a man who is pious but is lacking in any of the other three factors and this is their right. Allamah Habib Ar-Rahman Azmi also writes that all four Imams agree that there is nothing wrong in overlooking this right and getting married to a man who is lacking in any of these four aspects. He has quoted many examples from the life of Rasulullah Salallahu Alayhi Wa Sallam in which a woman married someone who did not meet the criteria of Kufw (compatibility) in front of Rasulullah Salallahu Alayhi Wa Sallam and he indirectly or directly approved of it. In fact, many scholars of the Hanafi Madhab such as Allamah Sarakhsi despite recognizing the right to consider Kufw (compatibility) maintain that these above-mentioned ahadith show that it is better to be humble and waive the right of Kufw (compatibility). Allamah Kasani writes, “According to us, it is better to only consider the level of Din and suffice upon that.”
(Ansab Wa Kafa’at Ki Shar’i Haythiyat pg. 60-62 68-71)

Alhamdillah, you are fortunate to have a potential suitor who is pious, mature, and has a good character. However, according to Islamic law, you have the right to consider the fact that the man who proposed to you does not have a high-level job and has limited options in advancing his career and this can be the criterion for you to either accept or reject. You should first examine your current standard of living and the income level of your father and see if the income of your potential suitor will be sufficient for your requirements. It is important for women to have financial stability in their marriage as this does play a role in ensuring that there are good relations between the husband and wife. It does seem like this is an important issue for you and you should seriously consider this point. You will not be going against the hadith of marrying someone with good character if you wish to exercise this right.

Some scholars have also written that ideally there should be a reasonable gap of a few years between the age of the husband and wife. There is a possibility that it could lead to problems later on. This is also something to consider. Consult your father or your guardian regarding this issue and get his input. Lastly, we advise you to make Istikharaa and seek Allah’s help before making a final decision.

May Allah grant us all wives and husbands who are a source of coolness to the eyes.

Can I Work at Bank Which Works With Riba?

Mahr: How Much Should It Be?

Fulfilling the Sexual Needs of Marriage 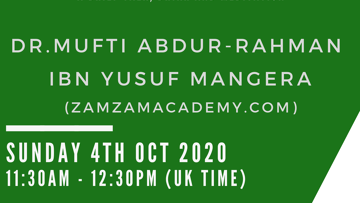